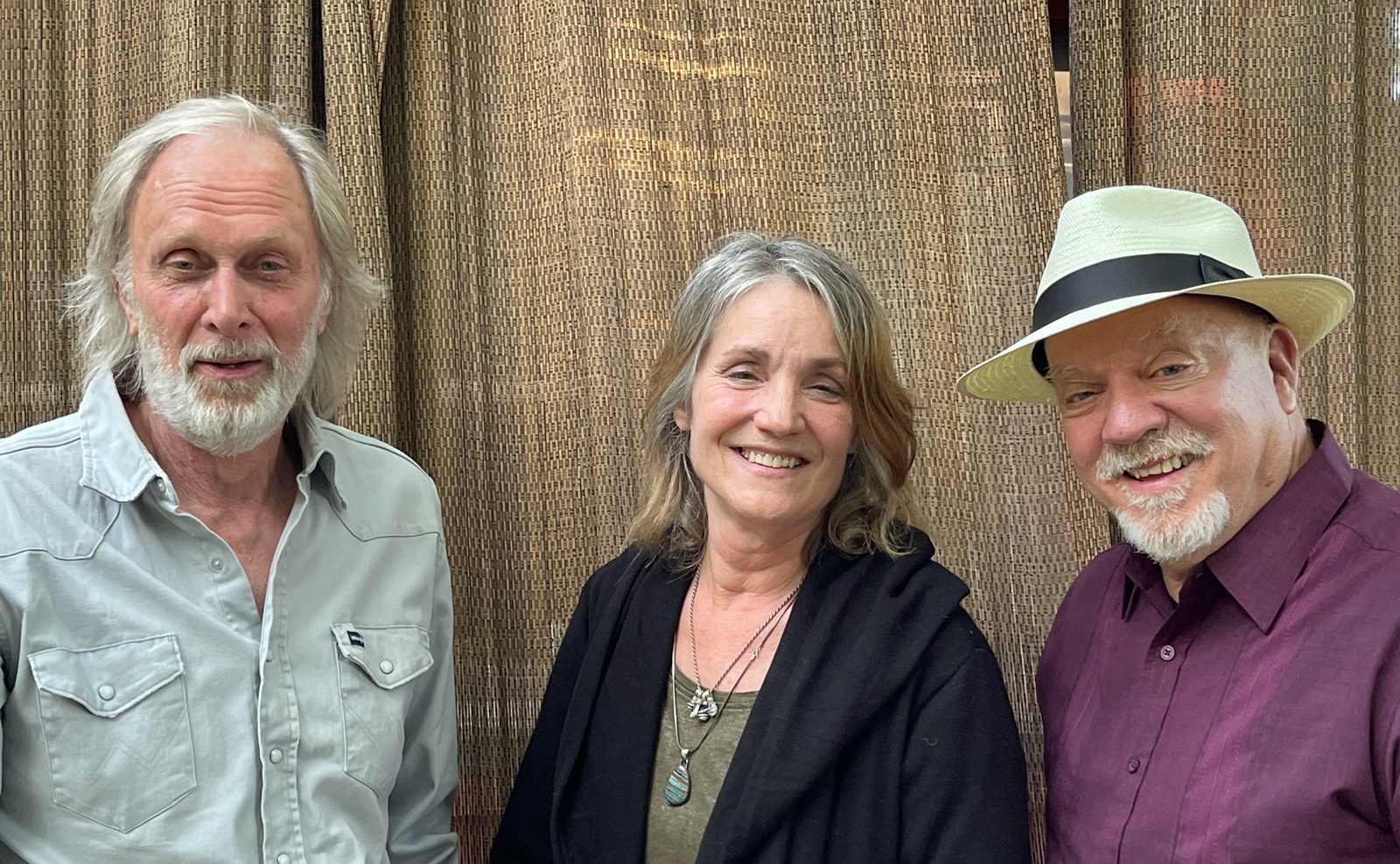 This workshop weaves traditional Irish, Scottish, Swedish, and maritime styles and tunes into a contemporary songwriters’ workbook. The plethora of traditional melodies from these regions is vast, intersecting, and diverse. With decades spent creating alchemical blends of these simple and earworm-worthy tunes, the Song of the Lakes trio will help you find that perfect musical mix for your creative soul! During this workshop:

Bring fiddles, flutes, guitars, nyckelharpa, hurdy-gurdy, drums, and whatever else to assist in your exploration of the technique and tunes. The instructing trio will play some examples of their process and then allow you to make magic happen.

Song of the Lakes has, as the Ambassadors of the Great Lakes, performed throughout the United States and Europe since 1982 and has published six albums.

Michael Sullivan, an entertainment impresario, credits his Irish roots as forming the bedrock of a lifelong passion for music, humor, and creativity. Shaped by early life experiences in blue-collar America and tempered by a freshwater sensibility of the Sweetwater seas, his work reflects comic irony and the emotion of deep attachment. He is a producer of over 20 genre-defying recordings, organizer of major music festivals, host of a popular radio show, and has starred in a nationally distributed feature film with Ernest Borgnine.

Lisa Johansson was born on the shores of Lake Erie to an opera singer and a family of healers, and she holds the element of water and music with deep respect and comfort for the magic and mystery they embody. Trained as a classical musician and fiber artist, Lisa has taken these blessings to weave a cloth of colors and tones to her own style of flutistry. Praising the Great Lakes through music and message for decades, it has been a channel for her undine spirits that guide her. She has taught many students the skills of flowing with the breath of the flute through folk, classical, and contemporary styles. Lisa is happiest in her garden, on the beach, in the river, and jamming with kindreds.

Ingemar Johansson developed a passion for traditional and contemporary music-making in all its forms while growing up in his native Sweden. As a prolific songwriter, guitar and nyckelharpa player, and singer, Ingemar emigrated to the U.S. as an adventurous 28-year-old and has performed with Song of the Lakes since the band’s inception. His songs are inspired by the beauty of the Great Lakes, its people, and its pristine environment. Ingemar is also deeply involved in community development projects in his beloved Benzie County and lives with his wife, Lisa, and their two dogs in the Platte River valley.